Building Capacity to Use Research Evidence: Data and Evidence for Smart Policy Design

Building Capacity to Use Research Evidence: Data and Evidence for Smart Policy Design

BCURE investigates individual and organizational barriers to using data and evidence, and works with local collaborating organizations to systematically address these constraints in their own context.

BCURE investigates individual and organizational barriers to using data and evidence, and works with local collaborating organizations to systematically address these constraints in their own context.

Governments create vast amounts of data in their day-to-day operations. Researchers generate evidence, often with direct relevance to policy. Both have the potential to improve policies that affect the lives of citizens, particularly the poor. But are policymakers, public agencies and the broader systems of governance able to effectively harness these resources? How can demand for evidence and capacity for its use be increased so citizens of developing countries reap the benefits? These are the key questions that EPoD’s multi-year program, Building Capacity to Use Research Evidence (BCURE): Data and Evidence for Smart Policy Design, sought to answer. Funded by UK Aid from the UK government, the program investigated the individual and organizational barriers to the use of data and research evidence by South Asia policymakers, and worked with local collaborating organizations to address these constraints systematically.

Read an article describing the BCURE program by one of EPoD’s counterparts at the UK Department for International Development (DFID), David Rinnert, and economist Liz Brower on the Oxfam website.

EPoD was initially awarded a three-year contract in 2013 by DFID to carry out a comprehensive capacity-building program to increase the use of rigorous data and research evidence by policymakers in India and Pakistan. The program expanded into Nepal in 2015, and learning from the BCURE model informs EPoD’s capacity building work in a wide range of countries today.

Recognizing that evidence use increases when there is a shared recognition of its value across policy networks, our BCURE program sought to build a “culture of evidence” where using evidence to inform policy became the norm among a broad set of policy actors.

EPoD worked closely with local collaborating organizations to implement the BCURE program. In-country research counterparts included the Center for Economic Research in Pakistan (CERP) in Pakistan and the Institute for Financial Management and Research (IFMR) in India. Over the five-year BCURE program period, EPoD worked closely with premier national civil service academies – the National School of Public Policy (NSPP) in Pakistan, the Lal Bahadur Shastri National Academy of Administration (LBSNAA) in India and the Nepal Administrative Staff College (NASC) in Nepal – to train over 2500 civil servants in skills and frameworks for evidence-based policy.

Following BCURE, EPoD has built on and institutionalized this multi-pronged approach in our ongoing Capacity Building work. Click here to read more. 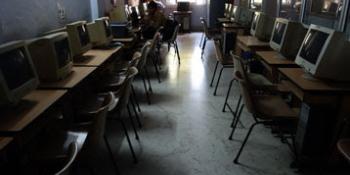 Skills training programs are promising, but they fail to reach large numbers of women when the program design is inconsistent with ingrained social norms.

Building Capacity to Act on Evidence: What Does it Take? 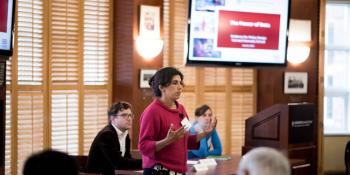 On June 6, 2017, EPoD hosted a Global Dialogue event titled “Building Capacity to Act on Evidence: What Does It Take?”

Creating a ‘Culture of Evidence’ – One Civil Servant at a Time 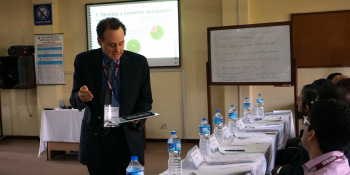 A Harvard-based group is using a new “blended-learning” model to enable civil servants to use evidence.