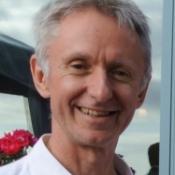 Michael Walton is Senior Lecturer in Public Policy at the Harvard Kennedy School, Senior Visiting Fellow at the Centre for Policy Research, Delhi. He was VKRV Rao Chair Professor, Institute of Social and Economic Change, Bangalore for 2008 and 2009.

From 1980-2004, he worked at the World Bank, including extended periods on Indonesia and Zimbabwe, adviser to two Chief Economists, Regional Chief Economist for East Asia and the Pacific (1995-97), Director for Poverty Reduction (1997-2000), Chief Economist for Human Development (1999-2000) and Adviser for Poverty and Human Development in Latin America and the Caribbean (2000-2004). He was part of the management group for World Development Report 2000/2001: Attacking Poverty, and played a central role in the design of the poverty reduction strategy process for low income countries. Prior to joining the World Bank, he worked for the Central Planning and Development Office for the Government of Lesotho, 1997-99.

He has been teaching at the Kennedy School since 2004, primarily in the MPA in International Development, and also in Executive Education on social enterprise. Since 2014 he has also worked with IMAGO Global Grassroots, a non-profit whose mission is to support grassroots organizations scale up, primarily with clients in India and Latin America, focusing on strategy, business plans, systems and impact assessment.