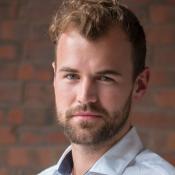 Jonas Bergan Draege is a joint postdoctoral research fellow with the Center for International Development’s Evidence for Policy Design and the Belfer Center's Middle East Initiative (MEI). He received his PhD in political science from the European University Institute in September 2017 and his Mphil with distinction in Modern Middle Eastern Studies at St. Antony’s College, the University of Oxford, in 2013. His working languages are English, Norwegian, Arabic, Turkish, and Italian.

His research focuses on political behavior, social development and democratization in the Middle East. As a postdoctoral fellow with the Saudi Arabian portfolio of EPoD, he conducts research on labor market dynamics and social development. As a postdoctoral fellow at the MEI, works on his book manuscript Failure to Launch: Turkey’s Opposition and the Gezi Protests,which is set to be submitted to publishers in the fall of 2019. He is also involved in collaborative research projects on the relationship between religious doctrine and political competition in Turkey, and comparative political behaviour in Turkey, Egypt, and Tunisia.