Women Not at Work - A Worrying India Story

Women Not at Work - A Worrying India Story 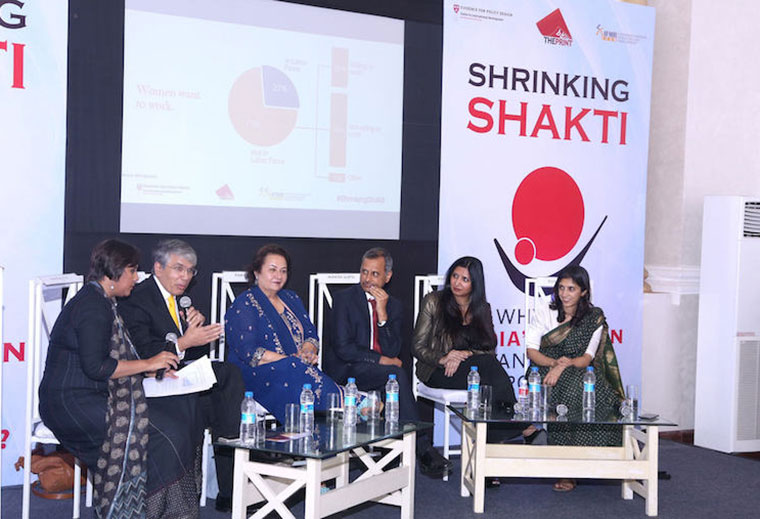 It’s a puzzling contradiction. The educational status of women in India is improving while their participation in the labour force is falling. With a female labour force participation rate of just 27 per cent, India is at the bottom among BRICS nations and only marginally better than Pakistan in South Asia.

World Bank data shows that the only G20 country with female labour force participation lower than India is Saudi Arabia at 20 per cent. The same data shows that India’s rate is less than half of Bangladesh’s. “India is the opposite of the rest of the world: in [India’s] richer states, there is lower female labour force participation,” observed Dr. Rohini Pande of Harvard University. Recent research also shows that India’s women want to participate in the labour force at higher rates, but are constrained by a paucity of jobs and by social norms restricting their mobility.

In fact, according to NSS Round 68 data, 24 per cent of the women not in the labour force are willing to work. Addressing this is a challenge, but changing mindsets and workplace ecosystems can go a long way in tackling this problem, concluded a panel discussion titled ‘Shrinking Shakti – Why are India’s women vanishing from the work force?’ The discussion was organised in New Delhi on March 7, 2016 by Evidence for Policy Design (EPoD) at the Harvard Kennedy School and ThePrint, in collaboration with IFMR LEAD. The dialogue was organized under EPoD’s Building Capacity to Use Research Evidence program, funded by the UK Department for International Development (DFID).

Panelists included representatives from both the public and private sectors, and from Indian as well as international organizations. The evening’s first panel emphasized research voices and the need for better data to understand the constraints Indian women face when seeking employment. Data presented by EPoD showed that contrary to popular belief, urbanisation has not helped more women join the work force. Explaining the rising educational level and declining work force population of women, Professor Pande said that higher education adds value to women in the marriage market in India and not the labour market. For more on the topic, please see the article written as an adjunct to the event in IndiaSpend.