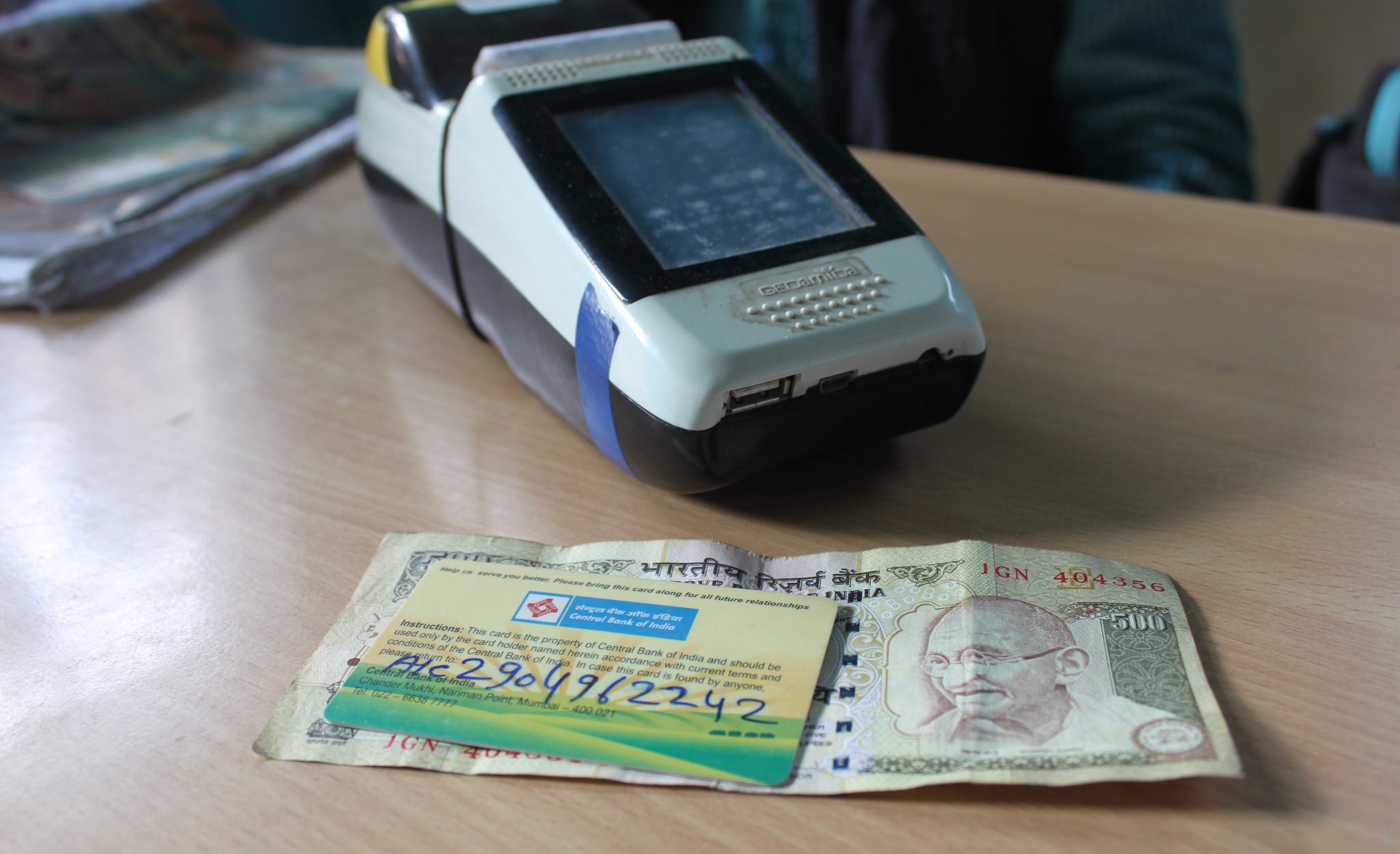 Since its inception in the 1970s microfinance has emerged as an important tool to support livelihoods among those who lack access to traditional banking services, though the method has its critics. Erica Field and Rohini Pande carried out a series of experiments in India that have given insights into ways microfinance can be refined to strengthen its beneficial impact for the world’s poorest women.

When the United Nations published the latest version of its Gender Inequality Index in 2016, India scored relatively low compared to other countries at a similar level of economic development. The reasons why are clear: Indian parents invest less in daughters than they do in sons, leading to high child malnutrition. Household surveys also show that Indian women suffer high rates of domestic violence and have relatively little say in household decisions and limited ability to move about the community.

How do we enable Indian women to take power and increase their voice and self-determination?

The approach many leaders in government and the private sector have taken is to increase women’s economic independence. These efforts are based on solid evidence highlighting the beneficial effects of financial autonomy. Getting money into the hands of women promises not only to benefit them, but society as a whole – research from across the world has shown – because women spend more than men on children’s health and education.

The ways to achieve this goal, however, are constantly in question. Since the 1970s, one tool has been microfinance – small, collateral-free loans, given predominantly to poor women. In lieu of collateral, these women help (or pressure) each other to make their payments. The classic microfinance contract resulted in repayment rates nearing 100%, allowing this sector to reach the very poorest people who previously had no access to banking.

But recently, critics have claimed that microfinance methods are coercive, and researchers have found in repeated tests in different countries that microloans have little poverty-reducing effect – and, in fact, little effect on the standard measures of female empowerment (Banerjee et al. 2015).

Something, however, has been lost in this conversation: the fact that, whether or not a microloan ‘transforms’ the life of a poor woman, it represents something important, perhaps the first time she engages with the world outside the domestic sphere and, importantly, with other women.

To better understand these dynamics, we have been conducting experiments around microfinance for over a decade. Our work shines a different light on this beleaguered sector – one that marches forward despite academic criticism and regulatory constraints because there is actual demand for these loans among the poor. Here are some of the ways we have been testing out ways that the standard loan contract can be redesigned to improve conditions for the world’s poorest women, and some of the conclusions we have reached to date. 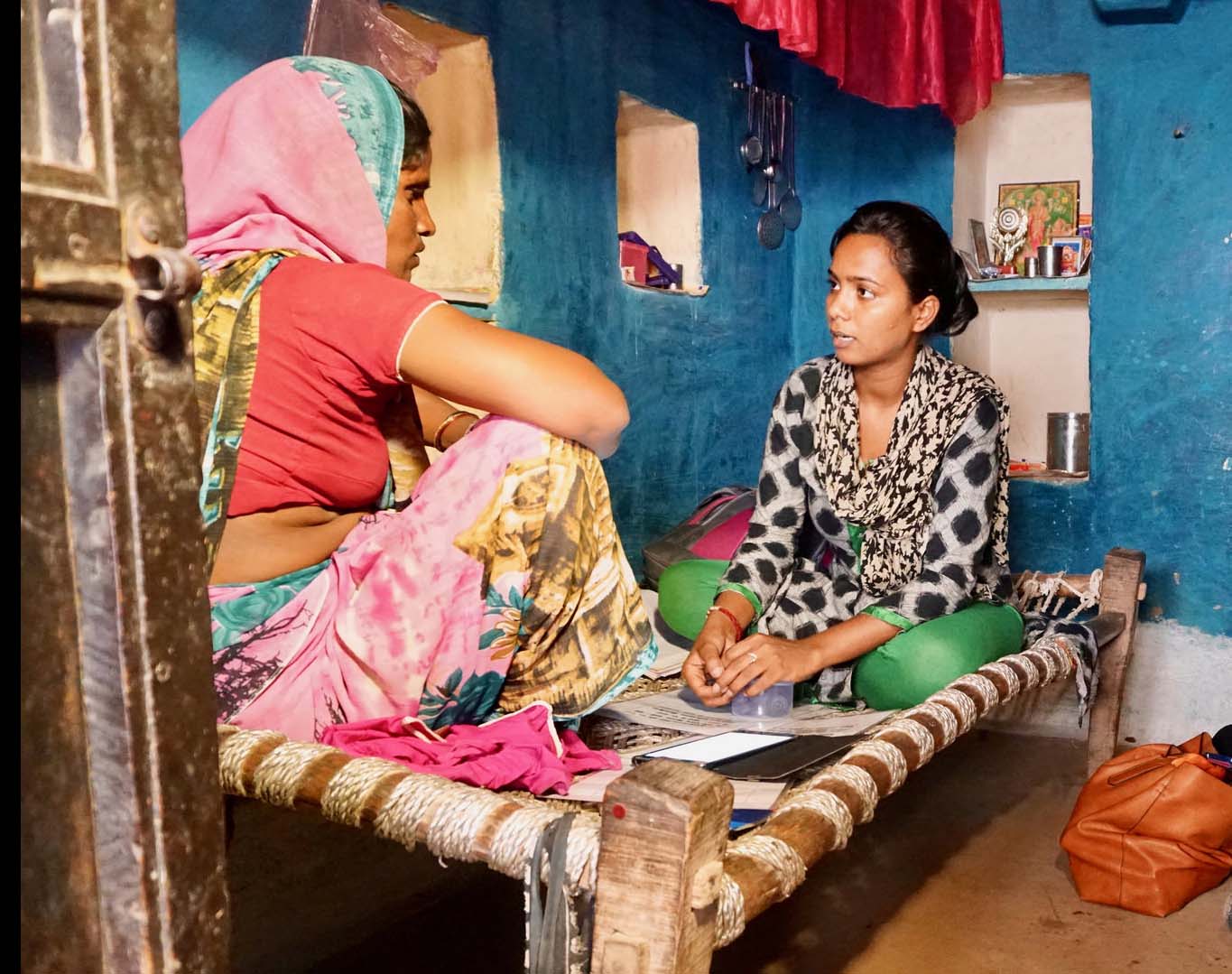 While loans made available through microfinance are meant to foster business creation among poor people in developing countries, the standard loan contract requires them to start repaying loans immediately. As a result, the borrower may keep part of the loan aside for those first payments.

In order to understand more about the impact this schedule might have, we worked with a microfinance provider in West Bengal. The study, co-funded by LSE’s (London School of Economics) International Growth Centre (IGC) and co-authored with Natalia Rigol and John Papp, separated borrowers into two groups, giving one the standard microfinance contract, which requires repayment instalments to start immediately, and the other a contract that featured a two-month grace period before the first instalment (Pande et al. 2011). We hypothesised that the grace period might allow clients to invest in more profitable activities that take more time – for example, buying a sewing machine and fabric to make saris, rather than buying readymade garments from a wholesaler. We surveyed clients at the time of the loans and revisited them three years later to check on their businesses.

We found that clients who received the grace period invested 6% more in their businesses and were twice as likely to start new ones. Astonishingly, their weekly business profits three years later were 41% greater and monthly household income 19.5% greater, and they reported roughly 80% more business capital. There was a drawback, how¬ever: grace period clients were three times as likely to default.

This suggests that if microfinance is to achieve its aim of fostering entrepreneurship, it will have to take into account the real needs of small, fragile businesses, and deal with high default rates.

A frequent criticism of microfinance is that the system is built on coercion – women pressuring each other into making payments even when they are in desperate need. An IGC co-funded study we carried out in Kolkata with co-authors Papp and Y. Jeanette Park, aimed to understand more about how the frequency of payments affected borrowers’ self-reported stress levels (Field et al. 2012). For the study, one group of microfinance clients made the standard weekly payments, while another made larger, monthly instalments. Starting a few months after loan disbursal, team members interviewed clients regarding their state of mind every 48 hours via cell phones distributed specially for the study.

The surveys showed that clients who repaid monthly were 51% less likely to report feeling “worried, tense, or anxious” about repaying, were 54% more likely to report feeling confident about repaying, and reported spending less time thinking about their loans than did clients who repaid weekly. Additionally, monthly clients showed higher business investment and income, suggesting that the flexibility encouraged them to use their loans more profitably, which also ultimately reduced financial stress.

Give them each other

Finally, we worked with Benjamin Feigenberg to observe returns to microfinance that other studies fail to capture (Fiegenberg et al. 2013). We randomly assigned clients of the West Bengali finance provider to repayment groups that met either weekly or monthly for their first loan and monthly for their second loan. Two years after the end of the second loan period, we used a lottery-based game to elicit subjects’ willing¬ness to share winnings with those from their loan groups. We found that clients initially assigned to weekly groups continued to interact more often and have stronger networks long after the loan period. They were also three times as likely not to default on their second loan.

This suggests that, rather than exerting pressure on each other, borrowers are helping each other repay. To investigate this, we added a study arm in which clients met weekly but paid at only one meeting per month. We saw that frequent meetings had the same strong positive effects on social networks and repayment, whether or not payments were made during them.

Not only did these findings constitute the first experimental evidence on the economic returns from social interaction, but they provided an alternative explanation to peer pressure for the success of the group lending model: the positive force of social networks.

It is important to remember that these are women whose social supports are lost when they marry and move to their husbands’ villages or neighbourhoods, at which point their interactions may be limited to husband, children, and mother-in-law. Meeting in a group setting allowed them to get to know other women in the neighbourhood. It looks like in the longer term, they are more willing to risk-share, shown by their willingness to help their peers participate in a lottery, but also as observed by the fact that these women were less likely to default on future loans.

This work continues. Now we are examining whether these insights can also apply to the design of government benefit schemes. Our results so far show that directing women’s earnings directly into their own (rather than a household) bank account can encourage them to shift more of their time into paid labour. If this allows them to begin taking the reins of their financial lives, a number of benefits may follow.

For more on the Access to credit and female labour supply in India project, see the International Growth Centre website at http://www.theigc.org/project/access-to-credit-and-female-labour-supply-in-india/.

This article first appeared on Ideas For India.