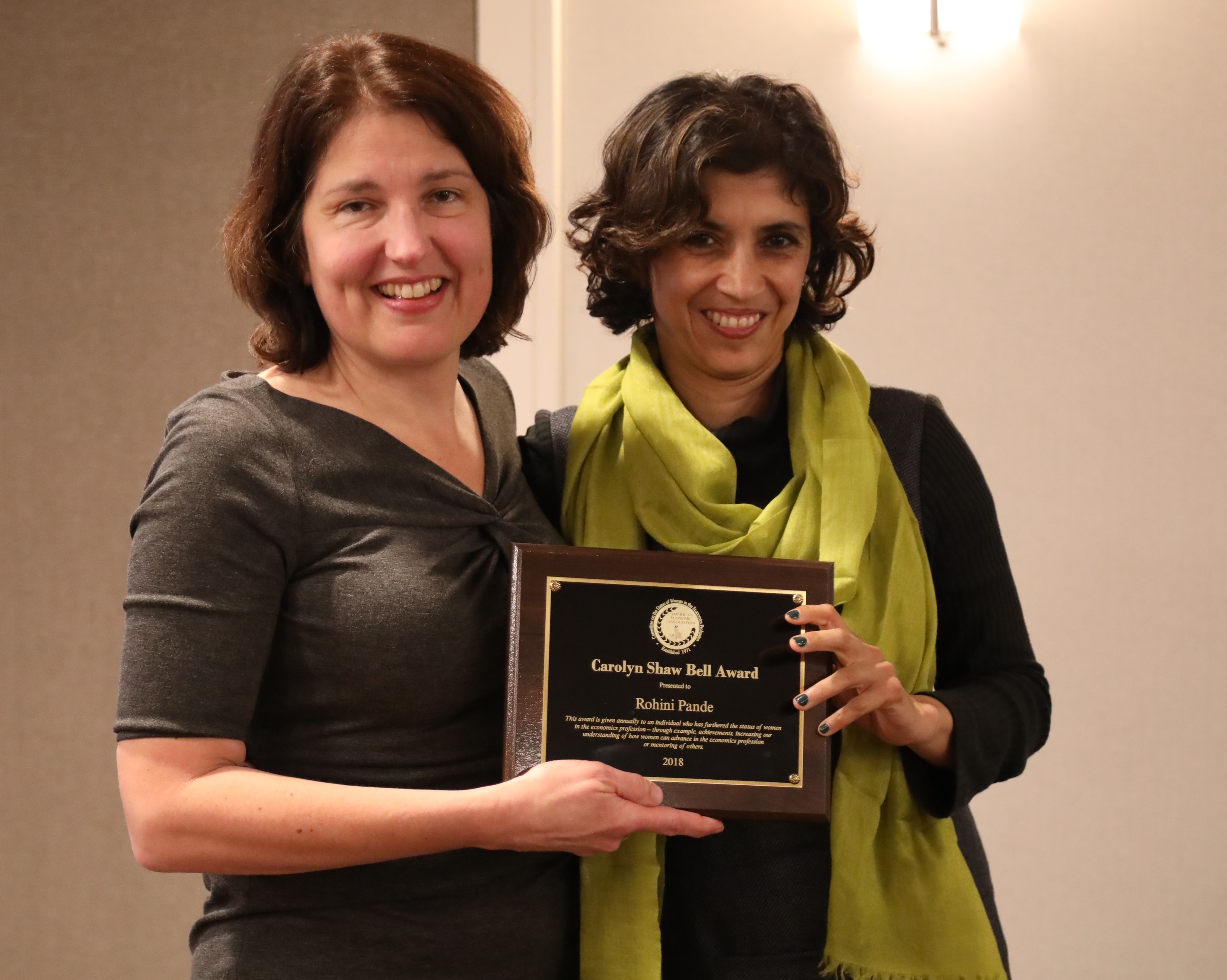 "If we can shape our own norms and institutions, we can limit the careless injustice in our profession."

In her acceptance speech, Pande presented statistics that expose the bias that female economists face at the four phases their careers, and she recommended specific actions groups like the AEA can take to remove barriers to women’s advancement. Her remarks were in the spirit of the argument made by fellow Harvard Economist Iris Bohnet in her book What Works: Gender Equality by Design: that “it is easier to de-bias institutions than it is to de-bias individuals.”