Providing a poor rural woman with her own bank account, and training her in its use, impacts far more than just her balance.

Providing a poor rural woman with her own bank account, and training her in its use, impacts far more than just her balance.

Increasing the financial autonomy of women is a goal in many developing countries, for a number of reasons. Research from across the world has shown that women who earn and control their own money tend to have more power in the home and suffer less domestic violence. And when women earn, society as a whole stands to benefit because women spend more than men on children’s health and education. Access to social safety net programs like India’s massive rural workfare program, MGNREGA, may increase a woman’s economic independence – but not if her husband receives her wages.

Until recently, wages women earned in MGNREGA were generally paid into the bank account of the head-of-household, usually a man. In collaboration with the Government of Madhya Pradesh, EPoD researches, along with colleagues from Duke University and University of Southern California, tested the effect of several combinations of interventions: providing women with their own bank account, having women’s workfare payments directly transferred to that bank account, and providing women with basic group trainings that helped them better understand how to access their accounts. We found a range of financial benefits from the different interventions, but women who received all three types of support showed transformational changes: they worked more, both in the MGNREGA program and the private labor market; they reported 25% higher earnings and 60% higher bank balances, and were more likely to make household purchases with their own money.

To understand the longer-term impact of this new direct benefit transfer payment regime, we collected survey data three years after the interventions took place to understand how the economic and social effect of this policy affected women’s lives. This round of data collection also captured important nuances of women and their husbands’ beliefs about the acceptability of women working outside the home, their perceptions of their communities’ views on these issues, their values, aspirations, and more related to norms. This survey data also included an innovative work provision experiment, norms-related vignettes, a simple time use module, and a module and game to better understand how the government’s policy affected bargaining in the household.

Our experience through this study also highlighted the complexity and challenges associated with making regular government-to-person (G2P) payments to low-income, rural populations. Building on this experience, our team is now testing an interactive voice response (IVR)-based system to deliver information about account transactions to low-income G2P recipients to understand whether this timely information provision can decrease the costs associated with operating a new bank account, increase financial literacy and engagement with the formal financial system, and reduce last-mile corruption amongst populations with low literacy and numeracy. A pilot randomized control trial of this study began in April 2018 in Madhya Pradesh. Another offshoot of this work, focused on increasing the timeliness and reliability of G2P payments through improving information flows and monitoring by government officials, is described here. 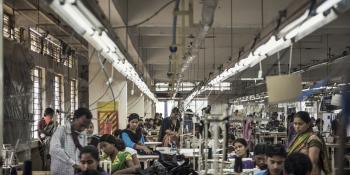 This Transaction is Still Incomplete 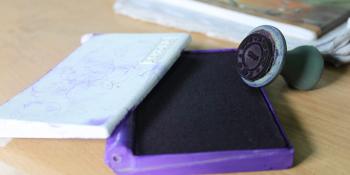