In our flagship longitudinal study, we ask
the central question: Given that educational
investments respond to returns, what are the
labor-market and non‐labor-market returns to
more education and better learning?

In our flagship longitudinal study, we ask
the central question: Given that educational
investments respond to returns, what are the
labor-market and non‐labor-market returns to
more education and better learning?

Although widely recognized as a critical question, we believe that our study will be the first shed light on it in a low-income country by tracking a large sample of individuals from childhood into young adulthood. This study seeks to looks at the impact of schooling on early adult labor force outcomes, occupational choice, and family formation stratified by gender and access to schooling heterogeneity. 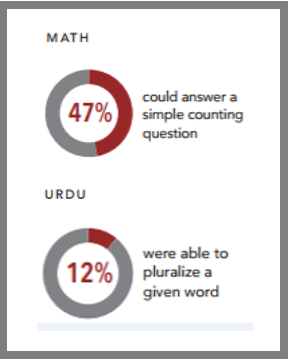 The fallacy of measuring by enrollment

While enrollment in Pakistan primary schools has increased dramatically since 2000, especially for girls and the poor, LEAPS research showed that access does not guarantee sufficient learning to participate in a swiftly globalizing world. Our surveys in rural Punjab showed that by the end of grade 3 (around 8 years old), many children had not mastered grade 1 curriculum (6-year-old level), and the majority had not mastered grade 2. 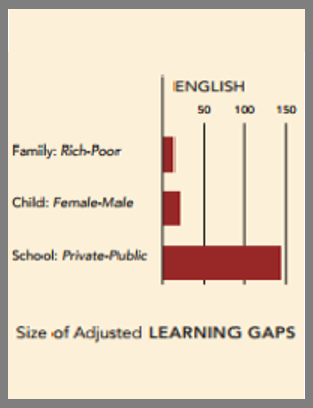 Secular, low cost private schools have become widespread in both urban and rural areas across Pakistan. The LEAPS survey found that by the end of 2005, one in every three enrolled children at the primary level was in a private school. LEAPS research showed that within the same village, children in private schools have significantly better learning outcomes than those in government schools. The learning gap between a child in a private school and one in a public school was 8 to 18 times wider than the gap between a child who is relatively rich and one who is relatively poor. 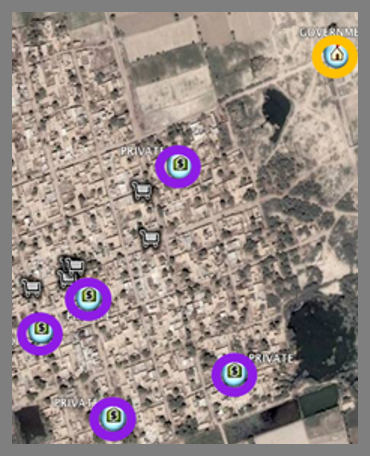 Distance is a key factor that impacts school attendance, particularly for girls. Every additional 500 meters increase in distance to the closest school results in a large drop in enrollment. Girls living 500 meters away from a school were 15 percentage points less likely to attend than those living next door. 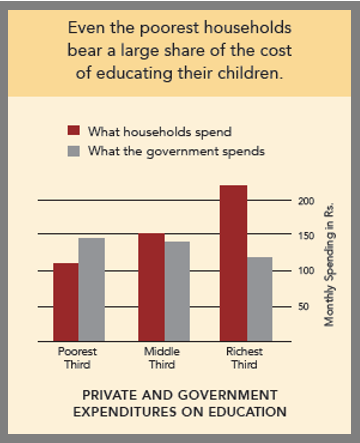 Education is an active marketplace

Pakistani parents are highly motivated to invest in their children’s education. Government investment in education has also increased substantially. The new educational landscape in Pakistan – both rural and urban – is best described as an active marketplace. A typical village in the LEAPS sample has 7-8 schools for parents to choose from.

Researchers at EPoD and CERP explore how to improve quality in Pakistan’s schools.