Since its inception in the 1970s microfinance has emerged as an important tool to support livelihoods among those who lack access to traditional banking services. However, rigorous research has raised questions about the extent to which these small, collateral-free loans can reduce poverty. Moreover, the traditional micro-loan contract may not confer all possible benefits to recipients, particularly women. EPoD researchers have collaborated on a series of experiments in India that have given insights into ways microfinance can be refined to strengthen its beneficial impact for the world’s poorest entrepreneurs.

The team partnered with a microfinance institution (MFI) called Village Financial Services (VFS) based in Kolkata, India from 2007 to 2010 to investigate how the terms of their loans impacted clients. This resulted in four main strands of research.

One experiment investigated the effects of giving clients a grace period before repayment installments began. Out of 845 clients, half were assigned to receive the typical microfinance loan, with strict repayment schedules and low interest rates. The remaining clients received a two-month grace period before commencing repayment, but paid relatively higher interest rates. The research found that clients with the grace period invested nine percent more of their loan in a business, had weekly profits that were thirty percent higher, and household income twenty percent higher than those without a grace period. Those with the grace period also had slightly higher rates of default (seven percent compared to two percent), indicating a shift toward investments with higher average, but also more variable, return.

The second experiment examined the effect of repayment flexibility on clients’ wellbeing. Out of 200 clients, half received a loan contract that allowed for monthly repayment, with the remaining on the usual weekly schedule. Researchers followed clients and surveyed them regularly during the loan period as well as afterwards. Clients repaying monthly were found to be 51 percent less likely to report feeling ‘‘worried, tense, or anxious’’ about repaying and 54 percent more likely to report feeling confident about repaying. Clients repaying monthly also reported higher levels of business income and household expenditures, indicating a greater ability to select investment opportunities.

The third experiment randomly assigned clients to repayment groups that met either weekly or monthly for their first loan and monthly for their second loan. Two years after the end of the second loan period, researchers used a lottery-based game to elicit subjects’ willingness to share winnings with those from their loan groups. They found that clients initially assigned to weekly groups continued to interact more often and have stronger networks long after the loan period. They were also three times as likely not to default on their second loan. This suggests that, rather than exerting pressure on each other, borrowers are helping each other repay. To investigate this, the team added a study arm in which clients met weekly but paid at only one meeting per month and saw that frequent meetings had the same strong positive effects on social networks and repayment, whether or not payments were made during them. Not only did these findings constitute the first experimental evidence on the economic returns from social interaction, but they provided an alternative explanation to peer pressure for the success of the group lending model: the positive force of social networks.

Finally the team examined data from the VFS sample as well as from studies in Ghana and Sri Lanka, which experimentally varied access to grants or loans in order to estimate entrepreneurs’ returns to capital. Across all three settings, 41% to over 50% of the female entrepreneurs who were the test subjects lived with another business owner – usually male. First, the team found that households benefit from an influx of capital, regardless of whether the intervention is directed towards male or female enterprise owners. These results demonstrate that previous estimates of returns to capital of female entrepreneurs are low partly because women frequently use capital to invest in businesses that are not their own. Second, the study found that female grant or loan recipients’ investment decisions are linked to their household’s occupation composition. In all three studies, when women are in single-enterprise households their enterprises have returns to capital comparable to those of male-owned enterprises. Conversely, when there are multiple entrepreneurs in the household, capital interventions have no effect on female borrowers’ enterprise outcomes. This suggests that a woman is as capable of running a business as a man but investments in women’s businesses will often go toward the male-run business in the household.

The EPoD-led team has now completed four rounds of panel data collection on this sample, allowing them to observe the effects of microfinance on a large group of women over a decade.

This project is implemented by Evidence for Policy Design (EPoD) at the Harvard Kennedy School in collaboration with the Institute for Financial Management and Research (IFMR). 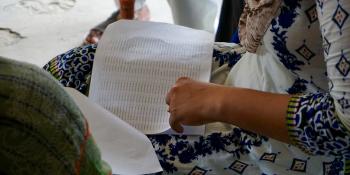 Female entrepreneurs may invest in their husband's household business rather than their own.

Getting India's Women into the Workforce: A Smart Approach 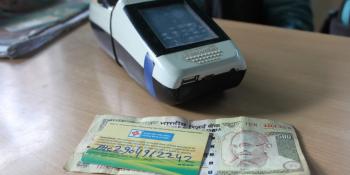 Insights into ways microfinance can be refined to strengthen its beneficial impact for the world’s poorest women.