Only 26% of Indian women are in the labor force. Can Skill India level the playing field and connect young women to work?

Only 26% of Indian women are in the labor force. Can Skill India level the playing field and connect young women to work?

India stands to cash in on its demographic dividend – the increased prosperity offered by having a growing working-age population and a shrinking non-working-age population. And skills training programs could be a promising way to bring young people into the workforce – particularly women and the rural poor. But they can largely fail to reach those who might benefit the most when they aren't designed with those populations, like women, in mind.

For the past four years, EPoD has collaborated with the Ministry of Rural Development’s (MoRD) Deen Dayal Upadhyaya Grameen Kaushalya Yojana (DDU-GKY) to identify how to improve skilling outcomes for rural women. We have provided data analysis (here, here, here, and here) to help MoRD better target its skills-training program, DDU-GKY, and advised the Ministry on structuring the database that tracks private training providers, to enable better insights on their outcomes.

In a 2016 phone survey of over 2,600 former DDU-GKY trainees from 7 states, we find that outcomes are strongly gendered in nature. We find a large male-favored gender gap in job placement: at 85%, young men are 13% points more likely than young women to receive a job offer. Young men are also 26% points more likely to accept jobs (with rates at 70% for males and 56% for females). We also identify high drop-out rates after vocational training: 74% of respondents who accepted a job after training had left it by the time of the survey (on average, 9 months after completing training), and only 20% of this group that had left their jobs were employed.

Furthermore, there are stark gender differences in the reasons trained youth refuse jobs and subsequently drop out of the labor force. For young women, family concerns are the primary reason , while compensation and personal preferences are the primary reasons young men cite for refusing and leaving jobs after vocational training. However, for both young men and women, access to post-migration support is correlated with longer post-placement job tenure.

Since early 2017, we have also worked in collaboration with the state of Odisha to test how best to involve local female leaders in recruiting and tracking youth for vocational training and job placement programs.

A New Ending in Tale of Young Woman From Rural India 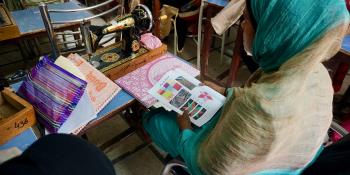 Data from EPoD's skill training survey were used in this New York Times in-depth report on women in the workforce. 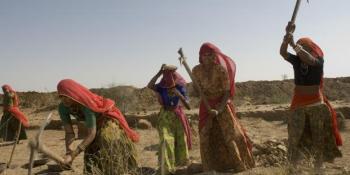 The fact that women in India make up nearly half the population but account for less than a quarter of its paid workforce has vexed and baffled economists for long.

5 Key Lessons About Women And Work In India 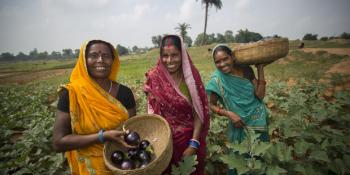 With India poised to become the largest economy in the world by 2030, it cannot afford to leave half of its workforce behind.