EPoD researchers are collaborating with the Gujarat Pollution Control Board (GPCB) on a suite of studies to test whether regulation innovations can curb pollution at a low cost to both government and industry.

The collaboration has its roots in a large-scale experiment conducted with research partners from J-PAL, Yale, and the University of Chicago and published in 2013. The intervention severed the ties between environmental auditors and the firms they monitored, and showed that this not only led to more truthful reports by the auditors, but reduced emissions by the factories. The GPCB incorporated several components of the scheme into their practice and invited us to train regulators in data analysis and the use of data.

Since then, EPoD and J-PAL researchers have worked closely with the GPCB developing and testing a device installed directly in factory stacks at 135 sites that allows emissions readings from Continuous Emissions Monitoring Systems (CEMS) to be fed directly to regulators in real time via a digital interface. The project not only promises to deliver a leap in the quality of information that regulators can access, it is being watched closely by India’s Central Pollution Control Board, who know that future market-based mechanisms to control air pollution will depend on quality, real-time data.

Previous work has shown that, without real-time monitoring and incentives, there is significant non-compliance. Based on this, a market-based regime could reduce emissions at low cost – the team estimate a 55 percent reduction in costs for industries relative to fixed standards.

This project is implemented by Evidence for Policy Design (EPoD) at the Harvard Kennedy School in collaboration with The Abdul Latif Jameel Poverty Action Lab - South Asia (JPAL-SA). 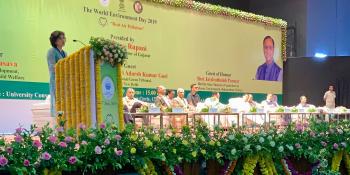 The pilot, a collaboration that includes EPoD, may serve as a model for the rest of India and the world. 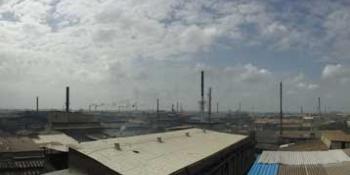 India is using a new tool in its approach to air pollution: a device that monitors factory emissions in real time. 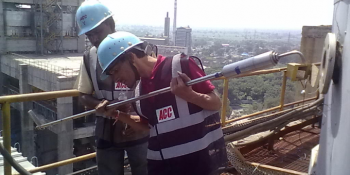 The Control Authority adopted the reforms after an impact study showed they reduce pollution.