Candidate Selection and Consequences in the Wake of Nepal's Local Elections

Candidate Selection and Consequences in the Wake of Nepal's Local Elections

Under a new constitution, Nepal has recently elected representatives to 753 local governments.

Under a new constitution, Nepal has recently elected representatives to 753 local governments.

In 2015, Nepal adopted a new constitution, and in 2017 held its first local elections in 18 years. Under the new constitution, many governmental functions have been devolved from Kathmandu to the local level. These shifts present an unprecedented opportunity to understand the impact of decentralization and devolution of powers on governance and service delivery. Nepal’s is one of the world’s most ambitious devolution processes, as it includes both political and fiscal devolution over a very short period of time.

A key goal of the devolution is to expand citizens’ access to political institutions through the facilitation of contact with politicians and by broadening the talent pool of potential candidates. A team led by researchers at EPoD India at IFMR will utilize this institutional transformation to better understand a fundamental question of democratic performance: who becomes a politician? Politicians' identities and characteristics affect the representation of political interests, capacity for political action, and ultimately the performance and outputs of government. Understanding who decided to run for office as well as the characteristics of newly elected local political leaders is the first important step in a larger research agenda evaluating the impact of decentralization on service delivery, state capacity, and ultimately economic performance.

To do so, this study seeks to combine existing data sources from the recent election in Nepal with census data and the Post-Disaster Needs Assessment to provide important insights into who ran as candidates and who was elected.

This project will take a first step in understanding the consequences of Nepal’s political decentralisation, ideally helping the government to refine these new institutions, develop the capacity of locally elected representatives, and ultimately improve service delivery.

This research is supported by:
International Growth Centre

This project is implemented by Evidence for Policy Design (EPoD) at the Harvard Kennedy School in collaboration with Daayitwa. 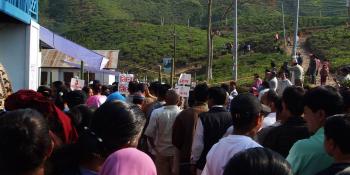 How can Nepal benefit from evidence-based policy-making in the wake of its new constitution?