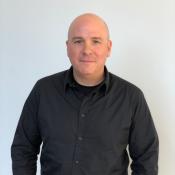 William Nehring is the Program Administrator at Evidence for Policy Design (EPoD), where he serves as a central administrator responsible for recruiting and hiring fellows, staff, and other personnel both locally and internationally, as well as operational functions for the EPoD team.

Prior to joining EPoD, Bill worked for Black Hole Initiative and the Program on U.S.-Japan Relations at Harvard. He also worked as a Cataloger at Survivors of the Shoah Visual History Foundation where he indexed and summarized recorded interviews of survivors of the Holocaust. He then moved to the Kiso Valley in Nagano, Japan where he taught English in middle and elementary schools. Bill received an MS in Library and Information Science from Simmons College and a BA in Education and History from Monmouth University.