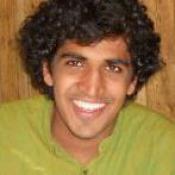 Siddharth Eapen George is a PhD student in the Political Economy and Government program at the Department of Economics and HKS. His research fields are development economics and political economy, with a focus on South Asia, and his advisor is Rohini Pande. His job market paper studies how political dynasties affect economic development. In other research projects, he (i) uses administrative data to study the long-run labour market impacts of vocational secondary education in Singapore; (ii) ran a mobile-based voter information campaign to study how helping voters coordinate reduces the electoral chances of criminal politicians in India; and (iii) examined how the presence of neutral colleagues affects bias, using a series of reforms to the game of cricket; and (iv) estimates the long-run impact of accepting refugees on local economic activity using the Partition of India as a natural experiment.