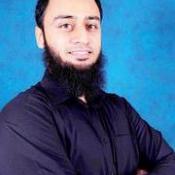 Muhammed Zia Mehmood is a Research Consultant at Development Impact Evaluation (DIME) at the Development Research Group, World Bank. He was an EPoD Research Fellow for two years during which he worked with Professor Michael Callen on various projects including those involving the development and testing of a revealed preference approach to measure people's attachment to an ideology, using preference estimates to customize incentives of field staff participating in polio eradication campaigns in Punjab, and exploring core reservations behind polio vaccine refusals in Pakistan. Zia holds a Master's in Public Policy from the Harvard Kennedy School, and a Bachelor's in Economics from Lahore University of Management Sciences.