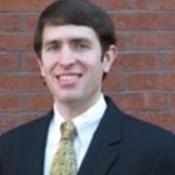 Mark Shepard was a visiting scholar at EPoD in the 2015-16 year before he joined the Kennedy School as an assistant professor in 2016. His main research studies health economics, with a focus on insurance competition and industrial organization issues. His job market paper studied how adverse selection affects insurers' incentives to cover top academic hospitals in exchanges like those established by the Affordable Care Act. He also has work studying subsidy design and competition in exchanges and claiming behavior in Social Security.
Prior to joining EPoD, he received his PhD in economics from Harvard University in May 2015. Before that, he received an A.B. in applied Math from Harvard College (2008) and spent a year working at the Brookings Institution's Engelberg Center for Health Care Reform.