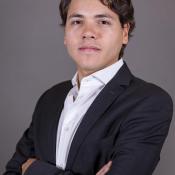 José Ramón Enríquez is a third-year Ph.D. student in Political Economy and Government. His interests lie in the political economy of development and comparative economic development with a particular interest in elite behavior. Specifically, he has worked on the causes and effects of democratic political dynasties, the role of information and electoral brokers in improving political accountability, and the link between crime/violence and public good provision/democratic representation. In his current projects, he uses data from Mexico.

Before beginning his studies at Harvard, he obtained a double bachelor in Economics and Political Science from Instituto Tecnológico Autónomo de México (ITAM) in Mexico City.