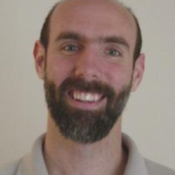 Christopher Robert was a Postdoctoral Research Fellow at the Harvard Kennedy School. He is a technologist, an entrepreneur, an economist, a researcher, and a lecturer. As a technologist and entrepreneur, he: founded Dobility, Inc., which produces SurveyCTO, an electronic data collection platform used worldwide by leading researchers and evaluation professionals; earlier co-founded and helped grow an Internet technology consultancy; and in the stone ages led technology efforts for the top provider of software and hardware for multi-user bulletin board systems (the online systems most prominent before the Internet). As an economist, researcher, and lecturer, he is involved in a long-term project to evaluate the impacts of microfinance in South India and is engaged in a new program to promote the use of evidence in policy-making (initially in Pakistan and India). He lectured in policy analysis or statistics at the Harvard Kennedy School. He holds an A.B. in public policy from the University of North Carolina at Chapel Hill, as well as Masters and Ph.D. degrees, also in public policy, from Harvard University.