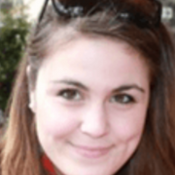 Aletheia Donald is an Economist at the World Bank’s Gender Innovation Lab (Office of the Africa Chief Economist) where she works on projects across sub-Saharan Africa. During her two years as an EPoD Research Fellow, Aletheia worked with Professors Sheely and Yanagizawa-Drott on various research projects, including participant-driven evaluation in Kenya, a child welfare initiative in Sierra Leone, and a study on the prevalence of counterfeit agricultural inputs in Uganda. She holds a Masters in International and Development Economics from Yale University and a Bachelor's in Philosophy and Economics from University College London.