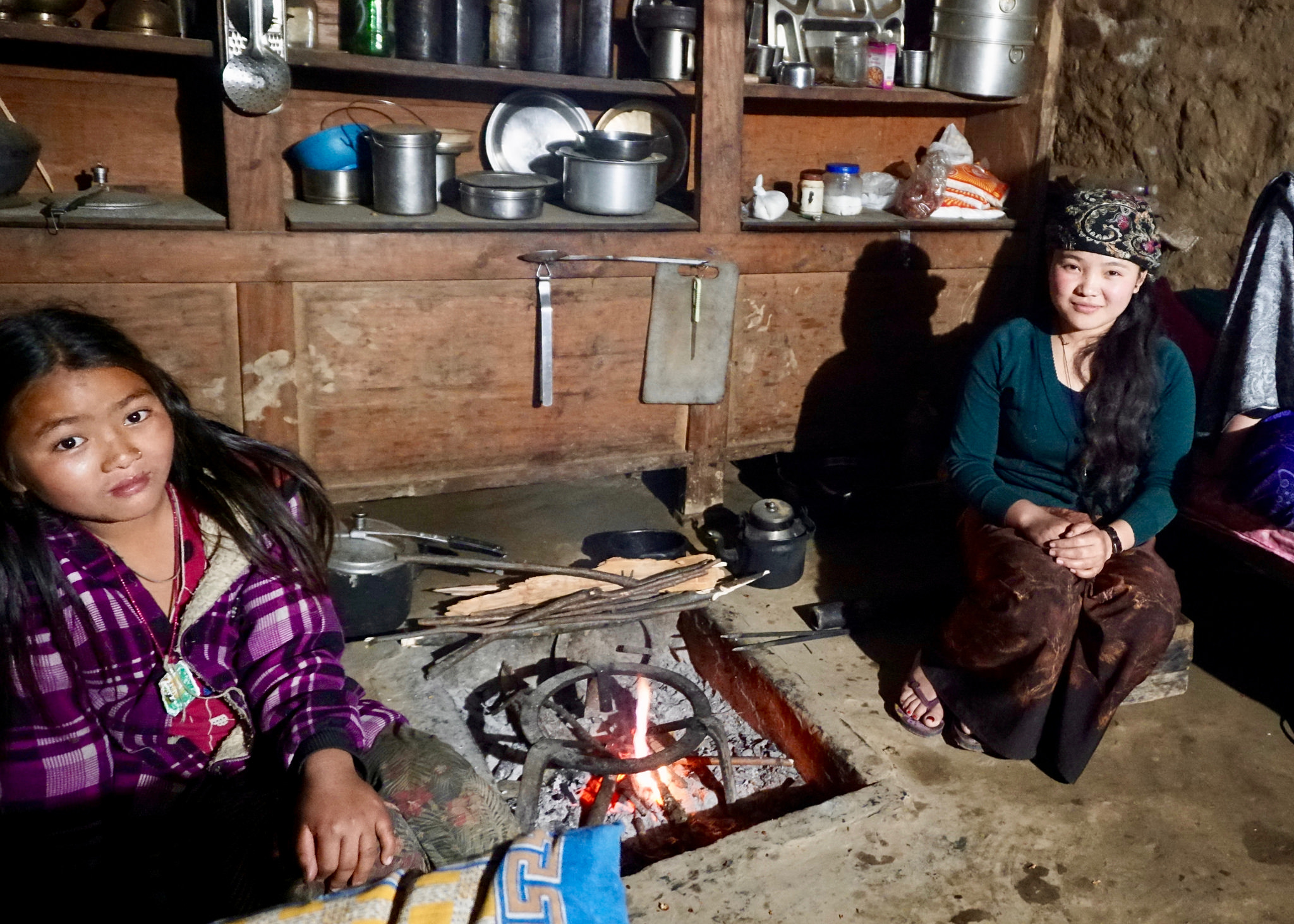 A majority of surveyed households in Kerala still use multiple types of cookstoves, a phenomenon known as “stacking”, thus undermining attempts to introduce cleaner stoves and reduce indoor air pollution. We, researchers at Evidence for Policy Design at the Harvard Kennedy School and Princeton University, led the survey in 2016 in Kerala, a state with relatively high levels of clean fuel use. About one in two rural households (51%) in Kerala use clean cooking fuels, compared to a national average of under one in four (24%), data from the National Family Health Survey, 2015-16 (NFHS-4) found.

However, as per our survey of 124 people–47 of whom purchased the efficient cookstove prior to the interview–only 38% of participants used clean fuels exclusively, while the majority (64%) relied on both safer and more hazardous methods, depending on the task.

Household air pollution from solid fuels leads to over 750,000 deaths per year in India. For years, advocates, scientists and policymakers have sought to design and deploy cleaner alternatives to improve health and reduce environmental pressures–both in India and around the world.

Yet, traditional methods are hard to beat: Promoters of safer cookstoves have struggled to find the perfect balance of efficiency, price, and a user-friendly design that would drive widespread adoption.

The new cookstove and the battle for clean air

The good news is that, increasingly, cookstove manufacturers are able to address many of the design and maintenance problems that have plagued cookstove deployment in the past, and the number of efficient cookstoves distributed worldwide has increased.

As many as 31 million of the 38 million stoves distributed in 2016 were ‘clean’, the Global Alliance for Clean Cookstoves estimated. And 44% of Indian households now use clean fuel for cooking, up from 26% a decade earlier, data from the NFHS-4 show.

What makes a cookstove ‘clean’ is what it achieves compared to a traditional open fire or cookstove: Less fuel burned, less smoke emitted and inhaled, and, ideally, less resources (time and/or money) spent cooking and procuring charcoal, wood, dung, or other biomass.

Given all of these benefits, the theory goes, cooks will choose the new stove. And they often do–but without throwing the old one away.

The art and habit of stacking cookstoves

We found evidence that even when people choose to purchase a new clean stove, it does not usually replace other, often dirtier, options.

In Kerala, we surveyed 124 households that had purchased an efficient cookstove–one requiring significantly less biomass than a traditional chulha and creating less pollution–through their local microfinance institution as part of an ongoing programme focused on the state.

We documented their cooking patterns as well as their socio-economic profile. We found that 92% of households used multiple types of stoves or stove stacking. In particular, households that owned the efficient stove were more likely to use more than one stove than households that did not.

As the figure below shows, households often use three or more types of stoves or fire. While some used a clean cookstove to complement an LPG stove–an even cleaner alternative–more than half (about 64%) continued to occasionally use a traditional stove (biomass or open fire). 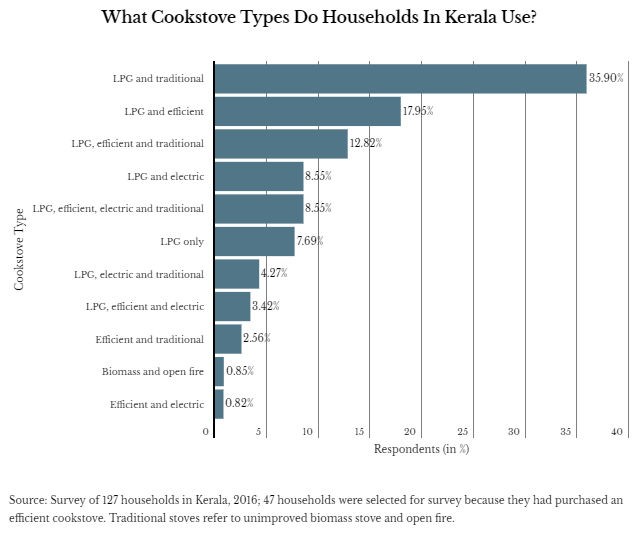 The smoke produced from a traditional stove or open fire can be 100 times the exposure levels recommended by the World Health Organization, so households that alternate the efficient cookstoves with more polluting stoves are still exposed to extreme amounts of hazardous particles.

Why households choose to use multiple stoves

Our survey indicated multiple reasons for stove stacking, and this mirrors existing studies showing a diversity of factors contributing to the infrequent usage of clean cookstoves. Some suggest that efficient cookstoves are not fully compatible with traditional cooking methods, others that fuel security is a predominant concern, and still others that household size and other socio-cultural factors play roles.

In our study, the survey data suggest that households do what most of us would do with two kinds of kitchen tools: Use both, depending on the task. For example, women were more likely to use the efficient cookstoves for boiling water, but open fires or LPG stoves for meals. However, more research is needed to understand these practices, because data based on respondents’ ability to recall their past usage of a product can be unreliable.

Increasingly, low-cost sensors can help untangle both causes and consequences behind stove stacking. Now we are working with researchers at MIT to employ sensors to monitor cookstove usage and detect stove stacking when it occurs. Results will help improve our understanding of when and how stoves are used, and, hopefully, yield a few clues on what can be done to make cooks realize that two stoves are not always better than one.

The study was led in collaboration with IFMR-LEAD in June-August 2016 in the rural areas of Kerala. The principal investigators in this study were Parul Agrawal (IFMR-LEAD), Anca Balietti (HKS), Giorgia Barboni (Princeton University), and Rohini Pande (HKS). g

This article first appeared in IndiaSpend.