Has poverty reduction in India since 1987 changed the social profile of which Indians remain under the poverty line? To answer this question, EPoD researchers took time series data from India’s National Sample Survey 1987 to 2011 and examined the different proportions of social groups among the poor.1

This exercise yielded the following results:

These trends are represented visually in the graphs below.

Possible explanations include the following:

The surveys do not provide longitudinal data on individuals, so they do not shed light on the extent to which either of these two factors are at play. Still, the data suggest that “easy groups” near the poverty line are the ones growth will lift into the middle classes, while traditionally disadvantaged groups are more likely to be left behind. 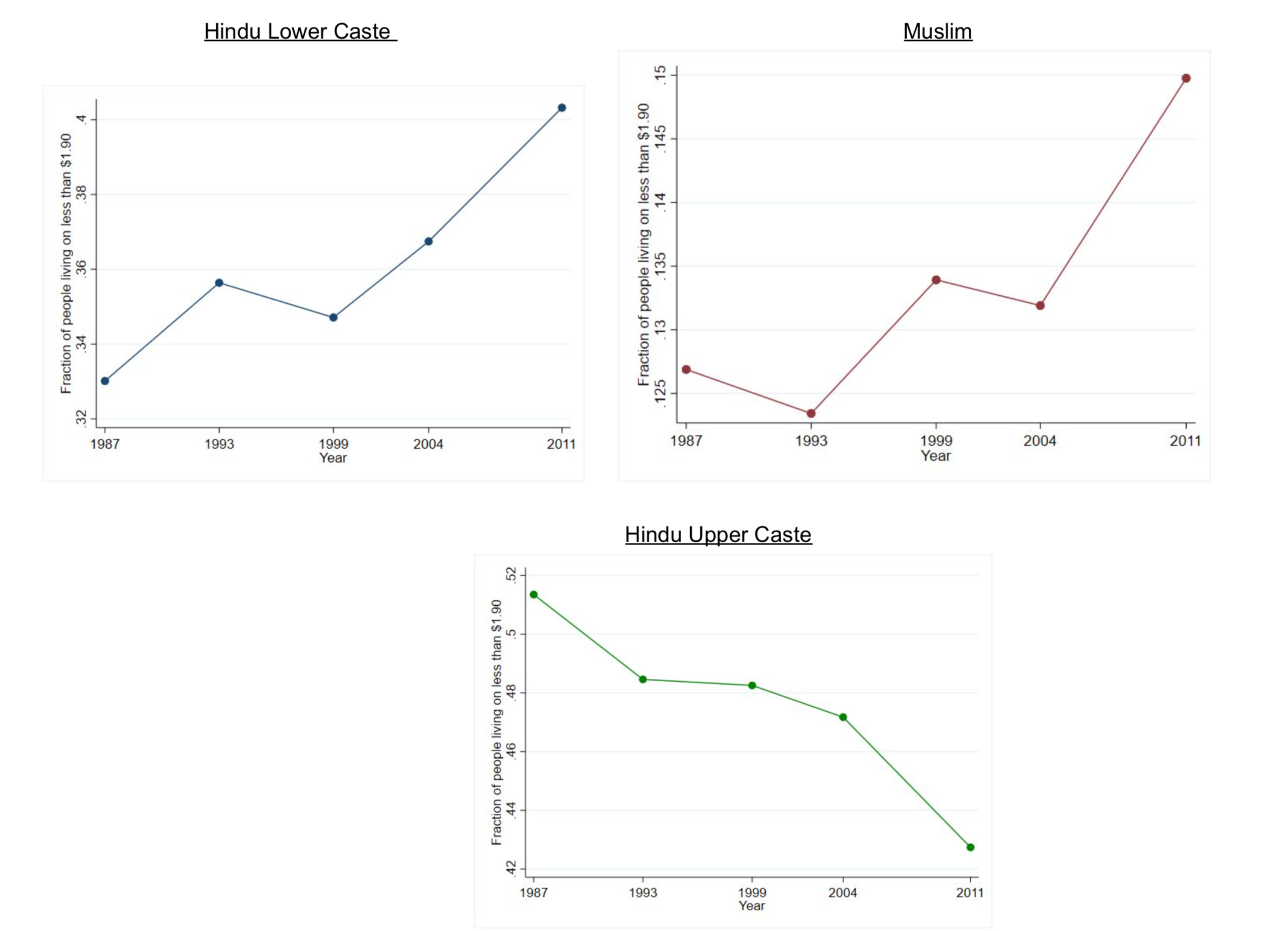 1. The poverty line is defined as having a consumption level under $1.90 per day in 2011 USD with purchasing price parity. This is the definition use by the World Bank and other development organizations.
2. The OBC category was created by the Indian government in 1983. Although members of this category did not suffer from the same forms of social exclusion as the Hindu lower castes, they are considered to be socially and economically disadvantaged enough to receive quotas within universities and public sector jobs, just as lower castes do.