A Year of Eidi: Here’s One Way to Help Feed Pakistan’s Children

A Year of Eidi: Here’s One Way to Help Feed Pakistan’s Children

Organised qurbani meat donations can put a dent in malnourishment. 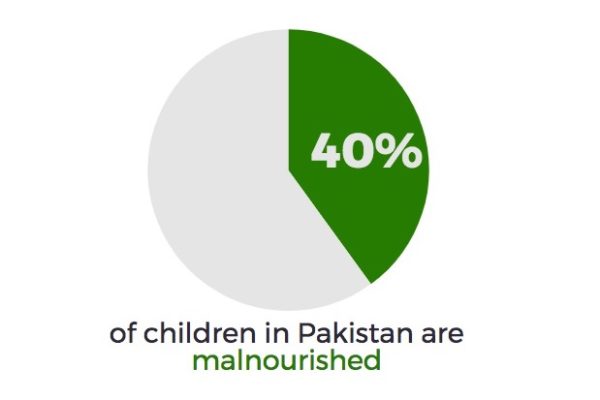 Pakistan has made remarkable economic progress since the turn of the century. The country’s gross domestic product has grown by over 200 billion dollars, and this growth has not only benefitted large business owners and bankers—it has helped lift millions out of poverty. Data from the World Bank shows that the number of people below the poverty line in Pakistan has declined from 34.7% in 2001 to just 9.3% in 2013.

Yet this good news obscures a troubling fact: Pakistan still lags behind the vast majority of other countries on indicators of human development such as life expectancy at birth and childhood education levels, ranking 147th out of 182 countries measured by the UN’s Human Development Index.

A low level of human development confers a high cost on society, which falls disproportionately on children. According to the World Bank, an estimated 42% children under the age of five in Pakistan are stunted, 31% are underweight, and 14% are wasting. Over one-third of child deaths in the country are due to malnutrition. Even those food-insecure children who survive past the age of two are at high risk for impaired cognitive development, which will adversely affect their ability to learn in school and damage their employment prospects later in life.

The case is much the same for children throughout South Asia. Two of the most widespread nutritional deficiencies among children in South Asia are Vitamin A and Iron. Even for those children with sufficient calories in their diets, these deficiencies are pervasive due to a lack continuous access to a diversity of food types, especially meat and liver, which have the highest concentrations of these vitamins and minerals.

Take the case of Saleha, a young girl in Bangladesh, whose story is documented by Islamic Relief USA. Throughout the year she works as a maid, but she barely earns enough money to buy lentils and vegetables even on good days. On days that she’s sick or can’t find work, her family doesn’t eat at all. But there is one time of the year that Saleha’s family not only gets to eat, but gets to eat meat, and that is on Eidul Azha. Unfortunately, one meal per year is not enough to overcome the nutritional deficiencies whose effects will cripple the full development of children like Saleha in countries throughout South Asia. 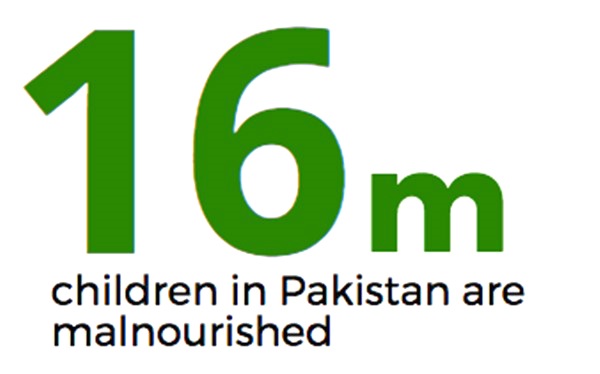 In Pakistan, where 97% of the population is Muslim, the Pakistan Tanners’ Association reports that nearly 7.3 million animals are sacrificed on Eidul Azha per year, including 2.5 million cows and buffaloes, 4 million goats, 800 thousand sheep, and 30,000 camels. With this many people performing qurbani, it is possible to do much more than feed malnourished children for just one day per year.

These 7.3 million animals generate approximately 1.5 billion pounds of meat. If every single household were to donate one-third of their meat, this would amount to 500 million pounds in donations. Usually this meat is donated to the poor directly; however, if this meat were instead flash-frozen (as is done with excess meat from Hajj sacrifices) and sold on the global market, the monetized value would total over 1.5 billion dollars. This amount of donated money would be enough to provide a nutritious meal to all of the malnourished children in Pakistan every day for three months. 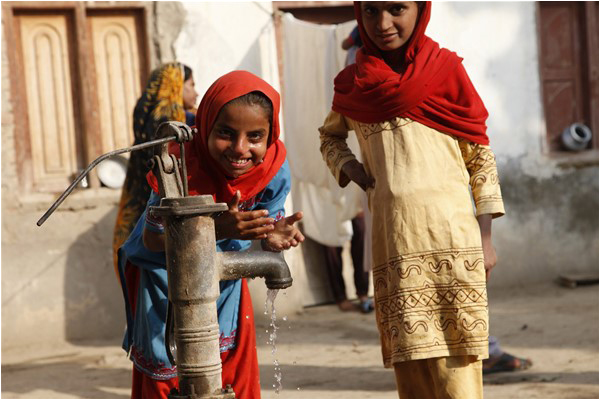 The numbers double if we include the Pakistani community abroad, which is the sixth largest diaspora in the world, comprising 7.6 million individuals. If every eligible member of the Pakistani diaspora were to give donations of qurbani through charities like Islamic Relief, Ummah Relief International, and other groups vetted by groups like the Sustainable Peace and Development Organization, this would raise the total contribution to a value of 3 billion dollars—enough to feed Pakistan’s malnourished children a nutritious meal per day for half of the entire year.

If the worldwide Pakistani community were to give the entire two-thirds of their qurbani to the poor and the organizations that help them, children who are now malnourished could have one nutritious meal every day for the entire year, one Eidul Azha to the next. Of course, feeding the hungry children of Pakistan for three, six, or even twelve months of every year will not alleviate the systemic causes of poverty in Pakistan, which must be addressed by improving governance, education, and business growth while at the same time addressing the conflicts and international systems that contribute to cycles of poverty.

However, one thing is for certain: nourishing Pakistan’s children throughout the year would make the weight of alleviating dire poverty in Pakistan far easier to lift. This improved access to nutrition would assist with their growth and cognitive development, and a healthy, productive population would benefit all levels of society through further growth.

This article first appeared in The Friday Times.