Strengthening Safety Nets for the Poor

Strengthening Safety Nets for the Poor 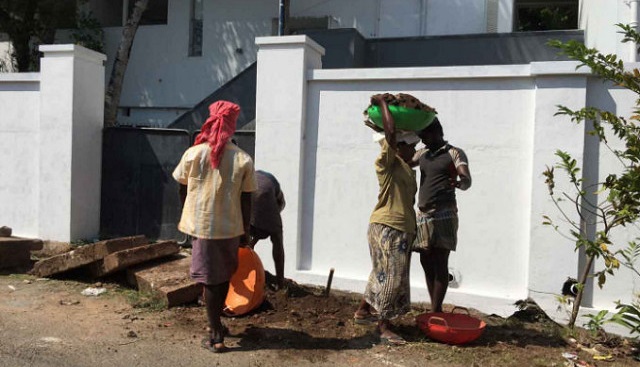 Anti poverty programs "safety nets" provide poor households with essential help, from cash support to subsidized food and insurance. In addition to the ethical rationale for these programs, rigorous research has shown that they can also improve important social outcomes: boosting education for poor kids, improving health and reducing crime.

Yet these programs are the subject of passionate debates, often based more on rhetoric than reason. Some politicians argue to reduce safety nets, claiming that they discourage people from working. Others claim that program recipients waste the assistance on 'bad goods' such as alcohol and cigarettes.

However, the evidence suggests otherwise: Studying seven anti-poverty programs worldwide, including PKH (family of hope program) in Indonesia, we have shown that government transfers to the poor do not reduce employment.

Instead, they provide assistance to primarily working poor households that, for many reasons, are unable to earn enough to cover their basic needs. And, a recent report from the World Bank confirms that households do not spend these transfers on 'bad' purchases.

Others argue that anti-poverty programs are no longer necessary as countries experience economic growth, that they are only for impoverished, under-developed countries.

However, the evidence again contradicts this assumption: Richer countries actually spend more on social protection programs than poorer ones.

This is likely, in part, due to richer countries' greater ability to provide more assistance to the poor. And likely necessary due the rising inequality that often accompanies economic growth.

Indonesia has experienced substantial economic growth in recent years, but a new World Bank report shows that inequality has also reached historically high levels, implying that not everyone has benefited.

Indonesia's safety net programs are therefore more important than ever, in ensuring that the poorest households are able to meet their basic needs, such as feeding their children and ensuring that they can attend school.

There are many different kinds of programs that policymakers can choose from: Cash transfers, asset transfers, food subsidies, food voucher programs, insurance programs, and so on.

While a combination is likely necessary, we need more good empirical evidence about which programs best reduce poverty and improve social outcomes in Indonesia. And, under what conditions, as what works best in one region may not be best for other regions, given Indonesia's wide diversity.

Moreover, even within a given program, policymakers' design choices and implementation capacity may greatly change its effectiveness.

The devil is in the details. For example, the method the government uses to identify eligible low-income recipients can affect whether the program successfully reaches impoverished households, as well as how these households spend the transfers.

Even a program as simple as giving poor households cash has many design questions to think about. Should the government provide a small amount of cash each month to ensure a basic amount of consumption for the household?

Or, would fewer, but larger cash transfers enable the poor to invest in assets that may eventually make them self-sufficient? Alternatively, what is the best delivery method for the cash: through the postal service, mobile money, or some other mechanism?

Having strong, objective evidence on how to best design social protection programs is vital to safeguarding the poor and stemming the tide of inequality in Indonesia.

On January 12, 2016, the Abdul Latif Jameel Poverty Action Lab's Southeast Asia office (J-PAL SEA) hosted a conference that will bring together Indonesian policymakers, civil society, and experts who have evaluated safety net programs worldwide to learn about what has worked to alleviate poverty in Indonesia and other countries to help inform and improve Indonesia's safety net system moving forward.

The research suggests that eligibility cards help ensure that poor families receive more of their entitled benefits, that self-selection into transfer programs can reduce the inclusion of richer ineligible households, that delivering cash transfers via mobile money has the potential to reduce beneficiary costs, and that transfer programs don't make people lazy or less likely to work. All the findings presented at the conference will be available online after the event.

In short, the debates about the necessity and effectiveness of safety net programs are often accompanied by politics and sometimes misinformation.

However, the evidence has shown that they can be an effective tool for reducing poverty and improving social outcomes. Now, more evidence is needed on what are the best, most-cost effective ways to deliver them.