The Labour Market for Teachers in Pakistan: Pay and Effectiveness

The Labour Market for Teachers in Pakistan: Pay and Effectiveness

Teachers determine the quality of student learning; however, teacher effectiveness is difficult to predict and does not necessarily correlate with wages 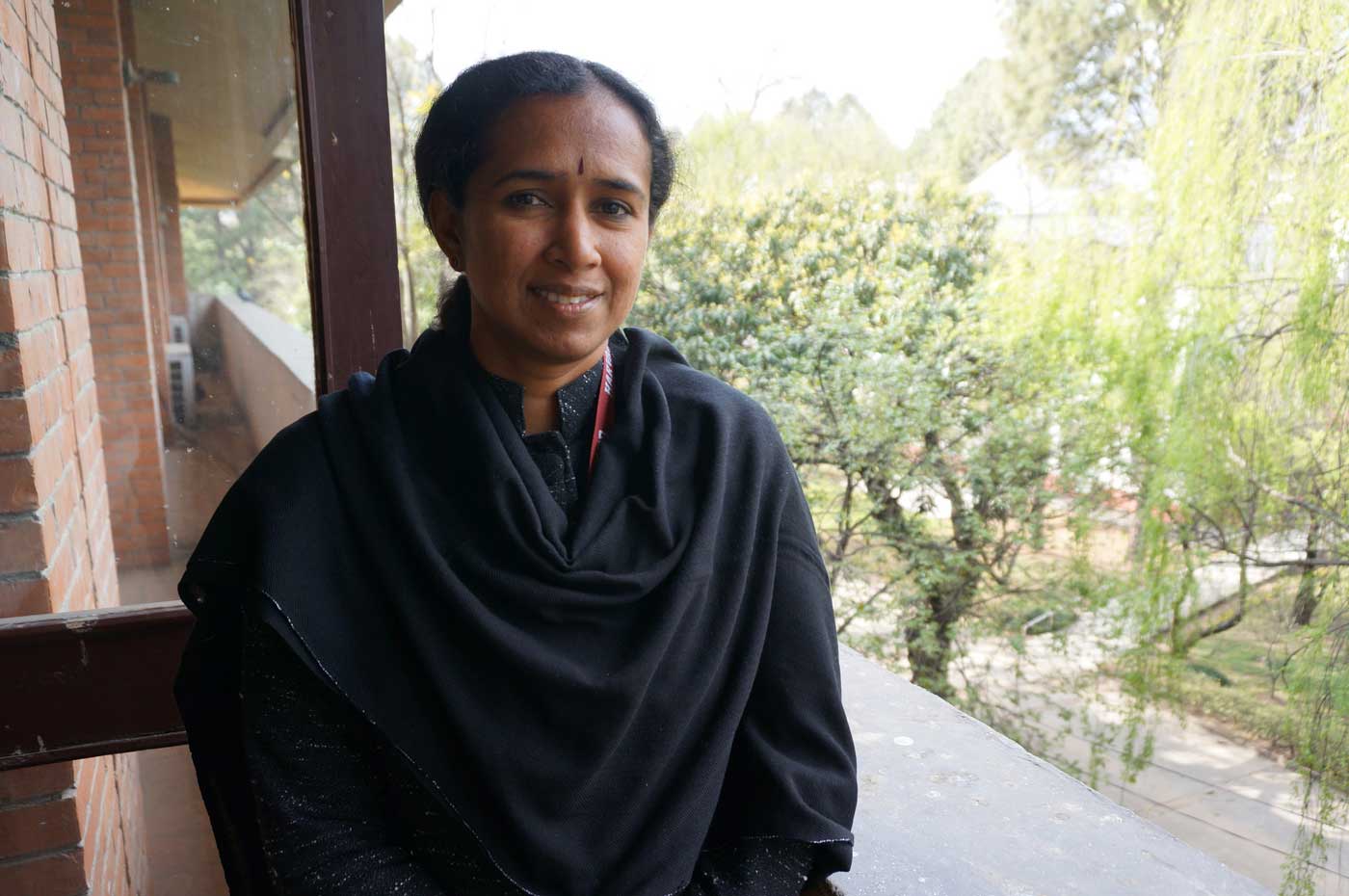 Personal experience and extensive research both tell us that a good teacher can change a student’s life. Research from the US shows that good teachers significantly increase test scores (Chetty et al. 2014), but not all teachers are good and predicting teacher quality is difficult. There is a lack of data on teacher effectiveness in low-income countries, where student learning is poor (Pritchett 2013) and teacher salaries comprise 80% of recurring educational expenditures (UNESCO Islamabad 2013). Given the importance of teachers for learning, this represents a serious gap in the education literature.

Filling this gap is critical, since questions of how to recruit and retain high quality teachers are the subject of a growing policy debate. One prominent view is that higher teacher salaries are needed to attract high ability teachers to the profession. For example, a McKinsey report on the problem of low teacher quality argues, “[m]oney was the most powerful lever in attracting and retaining top one-third students” (Auguste et al. 2010). Determining optimal salaries requires us to both understand labour-market returns in relation to the teacher characteristics that predict student learning, and whether higher teacher salaries would induce individuals with these characteristics to enter the teaching profession in low-income countries.

The study: Primary school students and their teachers in Punjab

In a recent paper, we use a unique dataset that follows primary school students and their teachers in both public and private schools from 2004-2007 in Punjab, Pakistan to shed light on these issues (Bau and Das 2017). These data track students as they went through primary school, matching them to the teachers who taught them in each year. One novel aspect of this dataset is that both students and teachers in this data were administered primary school-level tests in Urdu (the vernacular), English, and math. 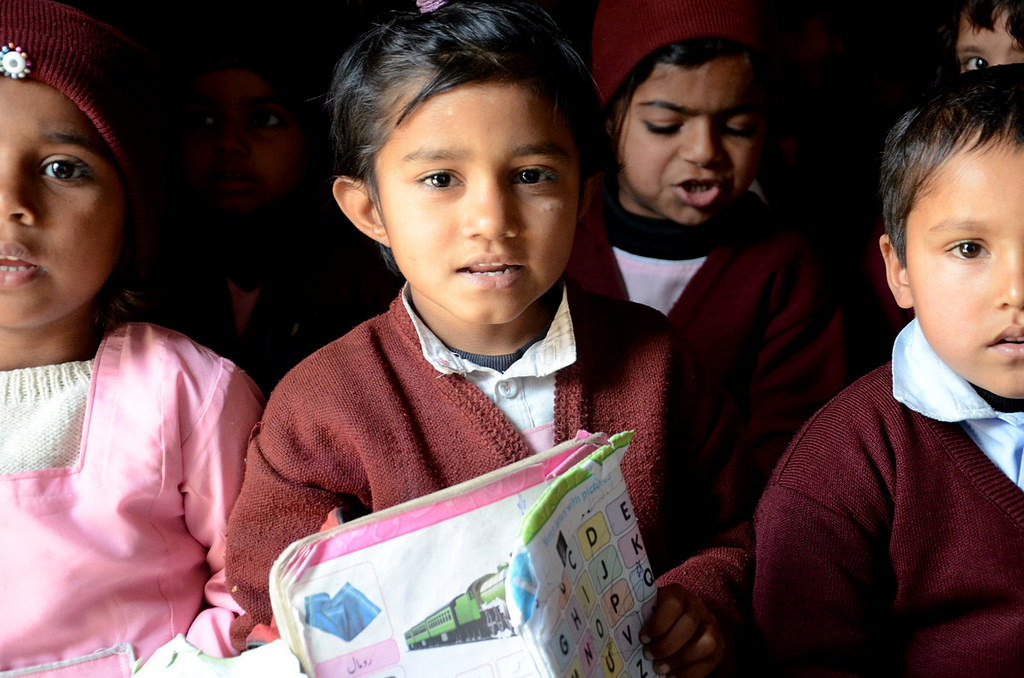 Our findings are remarkably like those from the US, with a few differences:

Using student test score data, we estimate a value-added (a proxy for teacher productivity) for each teacher. A value-added is an estimate of the test score gains (measured in test score standard deviations) a random student would receive if she was assigned to a given teacher (Chetty et al. 2014). These estimates indicate that moving a student from a teacher at the 5th to the 95th percentile would increase her test scores by 0.5 standard deviations (the equivalent of more than one extra year of school).

2. Teacher effectiveness is hard to predict

Using these measures of productivity, we find that only teacher content knowledge (as measured by teachers’ test scores on the primary school exams) and the first two years of teacher experience predict teacher productivity. In line with the findings in the US (Staiger and Rockoff 2010), having a bachelor’s degree and teacher training are not associated with greater teacher productivity. 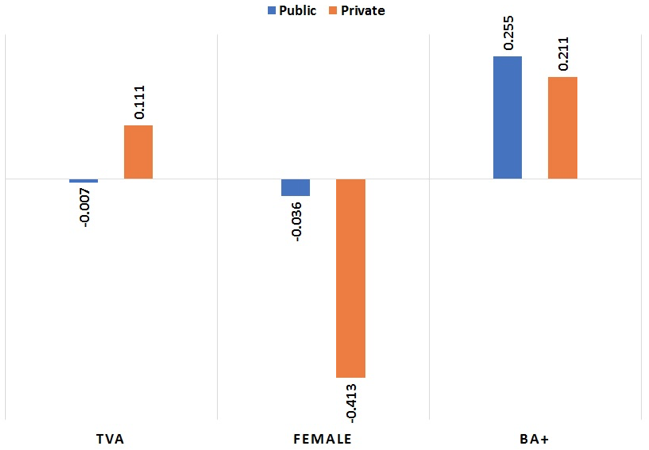 The lack of an association between teacher productivity and wages suggests that the public sector does not reward better teachers with higher wages. However, this does not mean that increasing teachers’ wages wouldn’t attract higher quality applicants to teaching positions. To measure the relationship between teacher wages and the quality of individuals entering the teaching profession, we estimate the effects of a hiring regime change in Punjab.

In 1998, Pakistan initiated unanticipated nuclear tests, which led to international sanctions and a worsening budgetary position for the province. As a result, teacher hiring was largely frozen for three years. When hiring resumed, almost all new teachers were hired as temporary contract teachers with 35% lower salaries. To see if lower teacher salaries attracted worse teachers, we compare the productivity of teachers hired right before the nuclear tests to those hired right after hiring resumed with the caveat that the new teachers’ contract status may have also increased accountability.

4. Moving to contract teachers with 35% lower salaries did not reduce the effectiveness of new hires

We never find a negative effect of being hired at a lower salary on teacher productivity, and when we account for the fact that teachers are observed at different experience levels, contract teachers performed better than the permanent teachers. This is consistent with findings in Duflo et al. (2011) and Muralidharan and Sundaraman (2013) for Kenya and India, respectively. 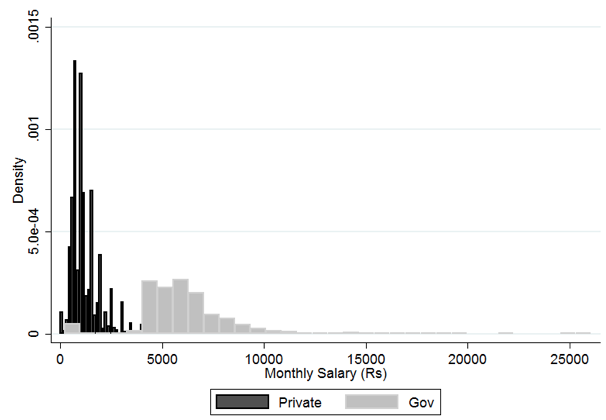 This large public sector premium is not unique to Pakistan. Finan et al. (forthcoming) use data from 52 countries to show that public sector premia are larger in low-income countries relative to high-income countries. Altogether, these results suggest that calls to increase student learning by raising teacher wages, while keeping the same hiring and pay structure in place, are misguided. Redesigning compensation systems for government employees is complex enough as it is; one issue that policymakers need not worry about is that teacher salaries are insufficient to attract talented teachers to the pool.

Bau, N and J Das (2017), “The Misallocation of Pay and Productivity in the Public Sector: Evidence from the Labor Market for Teachers”, World Bank Policy Research Working Paper No. 8050.

Finan, F, B Olken and R Pande (forthcoming), “The personnel economics of the state”, in Handbook of Field Experiments.