Allowing women in Saudi Arabia to drive will save families money, but how much? A new EPoD analysis explores the benefits. 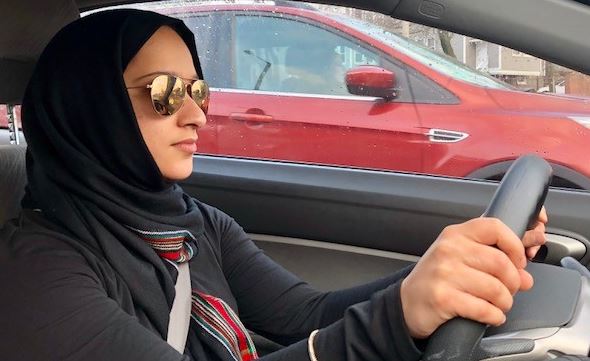 Saudi Arabia has announced that women will be allowed to drive starting on June 24, 2018. Potential benefits are clear in terms of individual independence and the ability to participate in the workforce, but just how much money will women save through the policy change?

A team of researchers led by EPoD Senior Program Manager Jawaher Al-Sudairy has conducted an analysis as part of EPoD’s ongoing policy-research engagement with Saudi Arabia’s Human Resource Development Fund (HRDF). Their analysis was based on a survey they conducted in Riyadh, along with geospatial and administrative data and primary sources provided by HRDF. 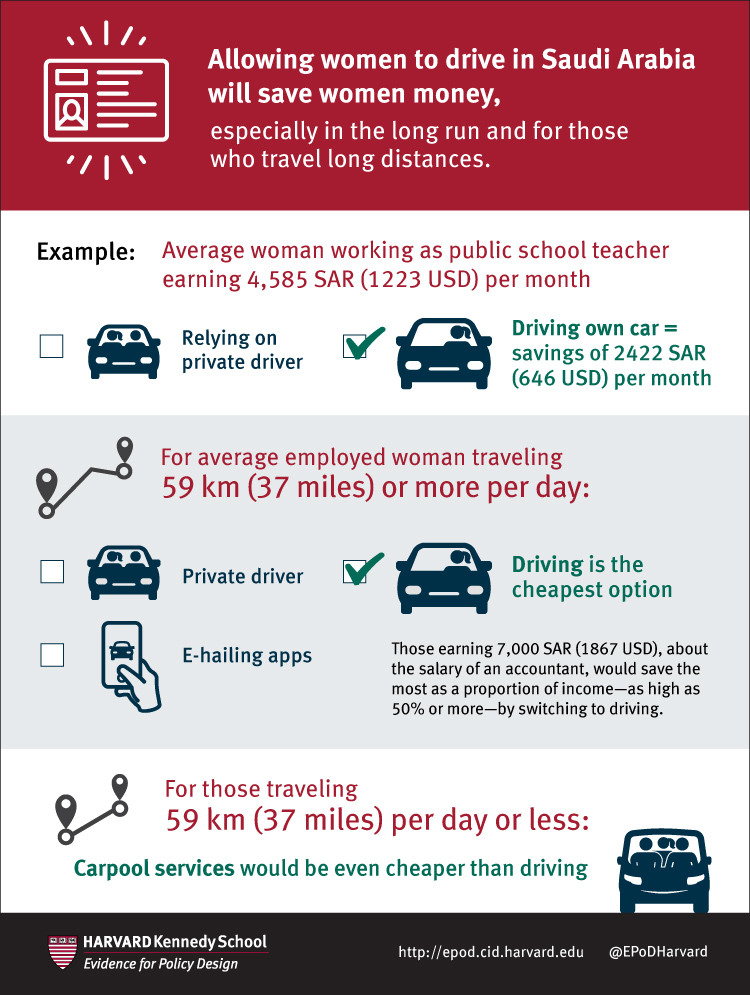 The team finds that allowing women to drive will result in a reduction in costs, especially in the long run and for those who travel long distances. The average woman working as a teacher in a public school, for example, earning 4,585 SR (1223 USD) per month and currently relying on a private driver could save up to 2422 SR (646 USD) per month by switching to driving her own car.

The team compares owning and driving a car to a number of other options, including e-hailing apps and hiring a driver, a cost that many Saudi families pay today, particularly if the woman works. For the average employed woman traveling more than 59 km (37 miles) per day, driving is the cheapest option. Those earning below 7,000 SR (1867 USD), would experience the greatest savings as a proportion of income as high as 50% or more, by switching to driving.

However, the team also finds potential options for affordable commute beyond owning and driving a car. For women who travel 53 km (33 miles) per day or less, there is an opportunity to develop even more affordable services such as carpool that are cheaper than driving.