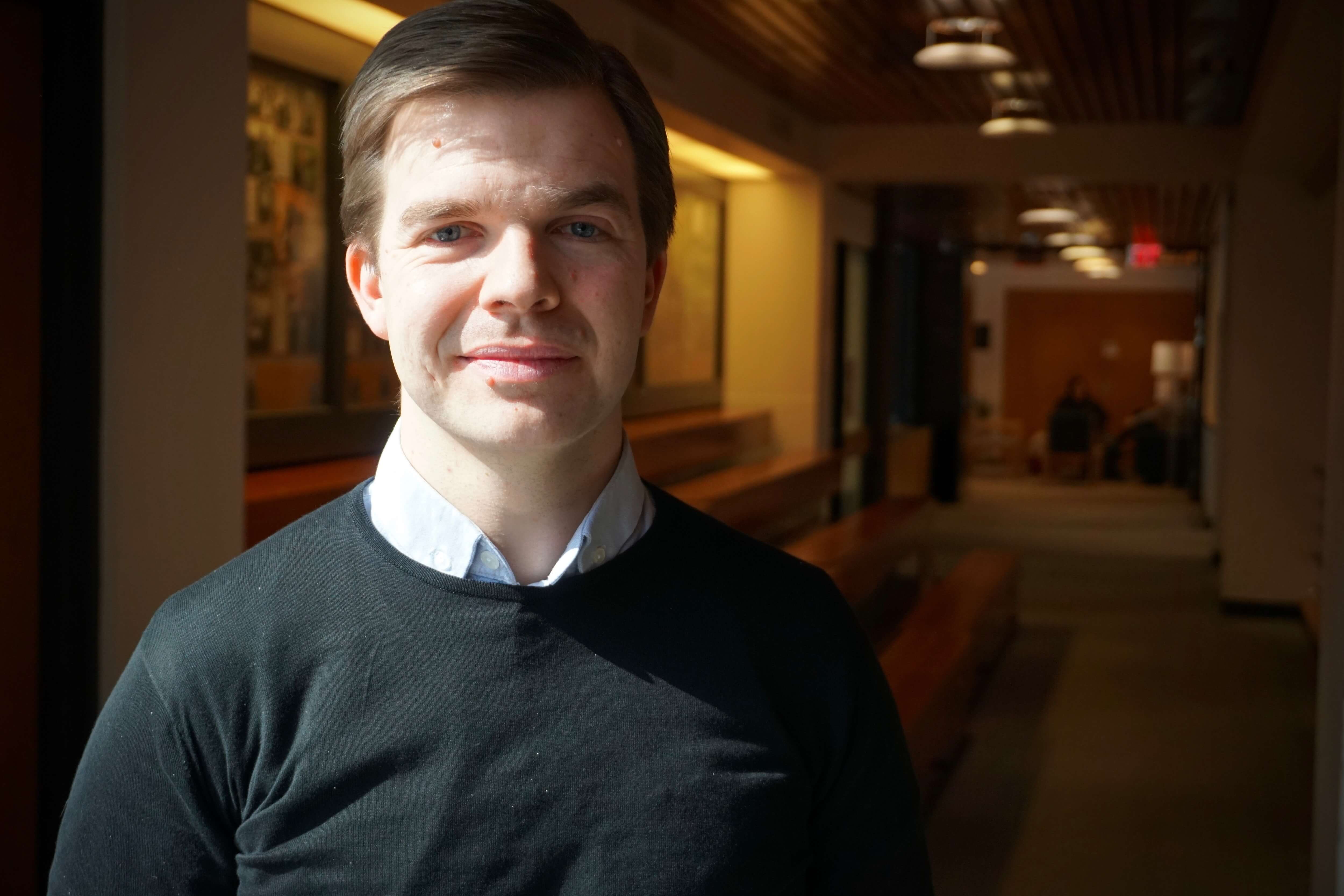 A government must be able to raise revenues effectively if it is to provide quality public goods and social protection for the poor. But the countries where the majority of the world’s poor live often have low tax capacity: the OECD estimates the average developing country generates tax revenues of around 14% of GDP – far below the 35% average for developed countries. Limited capacity in these countries is due to a wide range of factors and puts them in a double-bind of collecting a low proportion of tax on a low national income which, in turn, can lead to low-quality public goods and dependence on foreign aid.

Economist Anders Jensen has been working with governments in Ghana, Rwanda, Zambia, and other countries to understand their approach to taxation and help them build tax capacity. Originally from Denmark, Jensen received his PhD in Economics from the London School of Economics in 2016 and joined the HKS faculty in 2017 and is also an EPoD Faculty Affiliate.

You have said one of the fundamental facts that drives your research is that as a country grows richer, the amount of tax it collects compared to GDP goes up. What are some of factors that keep low-income countries from collecting tax?

The terminology I use to frame all the possible factors is demand or supply. Demand factors have to do with the idea that citizens in poorer countries have lower demand for taxation. That could be because of genuine differences in preferences: they might have less of an interest in redistribution, or they might have less demand for public goods because they think the quality will not be very high.

Most of my research is focused on supply factors, which means changing the capacity of governments to supply higher levels of taxes. But something I’m working on at a very early stage is looking at different levels of demand, and how that relates to government capacity of delivery.

Let’s start with supply. What are your projects in that area?

We’ve been working with Ghana’s ministry of finance and ministry of local government on new technologies that can help with property tax collection. The property tax represents the source of local funding with the highest revenue potential, but in our initial diagnostic we found that property revenue collection is currently constrained in most local governments around the country. This is in part because they don’t have access to technology. Often, they’re basing their property taxation on registries that are outdated by 20 years and contain literally one twentieth of the properties actually in the district.

Together with our two government institutes, we’ve partnered up with a private firm based in Accra that has invested in digitizing all of Ghana by having a lot of people go to the field and take notes of where houses are located. In an evaluation, we’re seeing whether this investment in technology on the supply side is a first-order margin for improving tax collection at the local level – whether it can lead to a substantial increase in revenue while being cost-efficient and equitable.

The evaluation is underway, but my gut feeling is that our intervention will have a pretty big impact, because this private firm has really focused on making sure the technology is compatible with the current existing systems. Other examples of investments in technology in the public sector in other countries have shown that it is not a silver bullet – new technology has to be well wired into the preexisting system to make a difference. 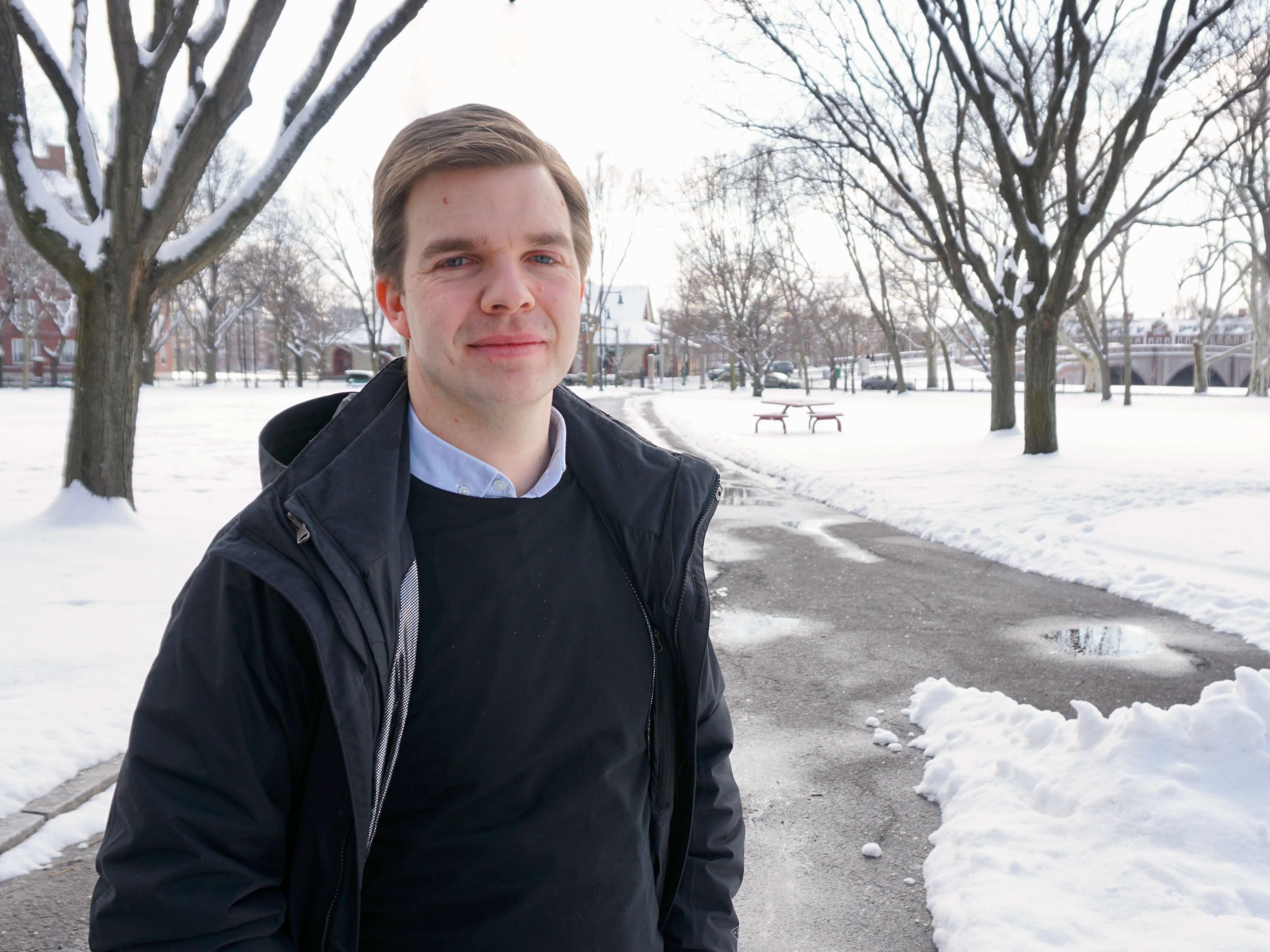 Has this kind of mapping been done elsewhere?

The idea that we should have digital maps of properties – that’s something a lot of local governments in Africa are interested in and have started working on. But it’s always been kept in-house. This notion of having a private firm build the whole thing then take the end product and put it in government systems – I don’t think that is common.

It’s not costless either. There were several local governments in our sample who we tried to offer this service to, but they were very reluctant to be making deals with the private sector in an area as sensitive as taxation. They worried that it might appear as if this private firm was taxing citizens. There’s some amount of politics we’ve been lucky to steer around, but it has not been easy either.

Are you dealing with local governments one by one?

Yes, this is one reason why this project may have external validity – meaning, we might expect our results to have relevance in other countries and contexts. This aspect of Ghana’s tax collection is fully decentralized – revenues are for their own local purposes. If a district doesn’t want to raise any significant amount of property tax, there is in principle no one that can force them to. To a certain extent we can think of these local governments as tax administrations. They have a parliament, an executive, and so on. So they function as mini-governments, in a way.

The government in Rwanda has been increasing overall revenue by lowering tariffs, contrary to their initial concerns.

What about your project in Rwanda?

The project I previously worked on in Zambia and currently in Rwanda is at the national level: we are working with national tax administrations using the administrative tax bases.

Like a lot of African countries, Rwanda has undergone a lot of changes in trade liberalization. The World Trade Organization and other regional institutions create pressure for countries to lower their tariff rates over time so they become more open to global trade. One concern that a lot of governments have had is that, while lowering tariffs is potentially beneficial, it means you collect less revenues at the border. For most African countries – certainly historically but even today – revenues collected at borders still represent a substantial portion of total national revenue. Compare that to the USA where tariffs are only a minuscule portion of revenue. For developing countries, it’s easy to observe goods that come across the border. Relative to trying to tax things in the domestic economy, there’s some notion that this is more revenue efficient – that is, for every dollar spent on administration and enforcement, there is a large return in terms of revenue collected.

We’ve stitched together a lot of different databases, which allows us to tell, not only what happens to the revenue collected at the border when the tariff rate goes down, but what happens to domestic firms who use imported goods in their production process.

We’re still working to make sure our results are robust. But considering the overall revenue impact – meaning, how much tariff revenues go down at the border, but also how much domestic revenues change when the tariffs go down – it seems like the impact of lowering tariffs is positive. The government in Rwanda has been increasing overall revenue by lowering tariffs, contrary to their initial concerns.

Due to the existence of informal consumption, consumption taxes are a much better redistributive tool than previously thought.

Are the governments you work with thinking about tax as a means of curbing poverty?

Governments often focus on taxes only in terms of revenue-generation rather than their redistributive effects. And anyway, there might be flaws in our understanding of those effects.

One exercise we’re doing with the data is to look at where people shop, what percentage of their budget goes to informal versus formal stores, and then relate that to the wealth of the household. If you think about where people shop, some people shop in large supermarkets and others in stands on the corner that get taken down at night. That set of informal stores are probably ones that don’t pay much in taxes because they evade or they’re exempt.

We want to use that fact to overturn the current wisdom. In general, it is an accepted fact that consumption taxes are regressive, meaning they tax the poor at a higher rate than the rich. The reasoning is that poorer households spend a larger part of their income on food, on consumption, so the tax rate on consumption is going to be higher as a share of their total income than for richer households. But we’ve found there is such a steep difference between rich and poor households in terms of whether they buy something in a taxed store versus an untaxed store. If you’re going to include that dimension when you think about redistributive impacts of a consumption tax, then it actually seems like the consumption tax is progressive. Rich people buy more of their goods in stores where they pay taxes on them. And poor households basically don’t bear any of the burden of a consumption tax because they’re buying all their goods in stores where taxes aren’t levied in the first place. They may pay lower prices – or if you try to sum up the taxes they pay as a share of total income, the tax rate is much lower.

We’re still working on it, but we have data from 30 countries at all levels of development and it seems to be a fact that holds more strongly the less developed the country is. The gradient between poorest and richest households is stronger in the poorest countries. In Mexico and upper-middle countries, there is still a slope, but everyone buys more in formal stores as well. This seems to have a strong impact on how redistributive a consumption tax can be. Due to the existence of informal consumption, consumption taxes are a much better redistributive tool than previously thought.